I need a logo for a sophisticated high end Napa valley vineyard, soon to be winery. I want something simple and elegant, but also technical, and very Silicon Valley. If you are the winning designer you can come by for a free tasting in Napa Valley!

simple, elegant, strong and high tech a la Silicon Valley. The design really needs to be abstract.  It can't be a cluster of grapes for instance.  It can be an abstract representation of a cluster of grapes. Here is the reason for the name: <p class="MsoNormal">Modern quantum technologies rely on single photons to store and manipulate information.  But as you know, uncertainty or quantum noise gets in the way of using this for information.  It is impossible to take a single photon and make copies of that photon that are in the same quantum state.   Squeezing light is a way to increase certainty in one quantity such as position or speed, but it does so at a cost.  The uncertainty of another complementary property inevitably grows.  Accuracy of measurement becomes more and more elusive.  Squeezing light to the quantum limit increases uncertainty even more.   <p class="MsoNormal">  <p class="MsoNormal">Now some researchers from Texas, Oxford, Canada and Wisconsin have shown that by combining multiple photons together, one can result in totally new ways of understanding behavior of light at the quantum limit. When combining photons, the photons have an ‘identity crisis’, and one photon can no longer tell what the other photon is doing.   In previous thought, it was assumed that one could squeeze indefinitely, simply tolerating the growth of uncertainty.  But alas, this is not the case when dealing with multiple photons, at least for some measurable properties.  When squeezing multiple photons together to the quantum limit, certain measurable properties are no longer random.  They transform to describable behavior. Interestingly, some measureable endpoints now can be defined through linear descriptors to a new spherical descriptor.  In other words, squeezing to the quantum limit, using multiple photons together rather than singly, can lead to a new quantum understanding that does not necessarily have more uncertainty.      WOW! <p class="MsoNormal">  <p class="MsoNormal">Think of the analogy to wine.  We have harvested grapes, that have absorbed trillions of photons.  No photon can tell what other photons are doing.  There is inherent complexity and this is an important component to a great wine.   But it comes with a cost.  There is uncertainty, little clarity, no easy measurement and certainly no symphony.  Now we squeeze those photons to the quantum limit through the wine press.  Singly, the photons would have increased their quantum uncertainty the closer we get to the quantum limit.  The wine would have unbelievable randomness and uncertainty and be uncontrolled.  Some of this is good in a wine, because every time you drink it, you want to taste multiple quantum states and complexity.  It is wonderful to have a certain measure of surprise and uncertainty to every sip.  But the human palate needs a degree of clarity, some thematics, some measure of a symphony playing together around all this swirling quantum complexity.  By squeezing to the quantum limit through combining with other absorbed photons from other grapes, we enter yet other totally unexpected dimensions of wine sensation.  It may be linear;  it may be a pyramid or octagon, it may be spherical and elliptical; or it may be some other polyform depending on what endpoint we actually measure .  But the surprise is, that at this new quantum limit, not only are you are no longer governed by classical physics, but depending on what you measure, everything at the quantum limit is now completely new and breathtaking- while at the same time more describable, less elusive, controlled, measurable and less uncertain.  <p class="MsoNormal">

Eggs from chicken which are living better than organic chicken live. From the nature to your table

We are selling Eggs from Chicken which are living in their natural sourrounding, a forest. They live under better circum

Design a modern logo for our new blog all about succulents

We are an informational blog providing tips and tutorials for people interested in growing succulents.

Logo for a commercial agriculture operation

We are Heart Land and Cattle Co. of Andrews, Texas (est 73). We are looking for a logo for our new direct-to-customer me

Hello, we are a Hemp company in Indiana, USA. We grow our own hemp and sell various CBD products. The target audience is

We are a microdairy located on Vashon Island in Washington State's Puget Sound. We produce dairy products including yogu

Handmade wood products. Would like to focus on the wood because I make a bunch of different products. 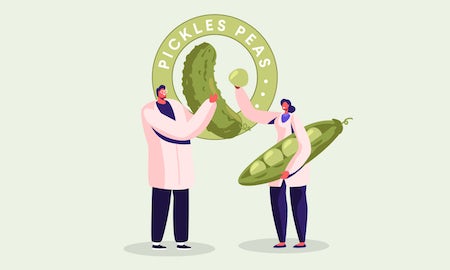